” I have never dealt with more honest, good people. We couldn’t have gotten a better dog anywhere.

Her training was way beyond what we had ever hoped for.

Thanks Al, you have a great team.

Johnny Unser is a member of the Unser racing family and has won several championships as well as competing in five Indy 500’s. Johnny lives in the mountains of Idaho near Sun Valley and is an avid snowmobiler and skier.

” I had a couple of buddies get killed while snowmobiling in the mountains so I figured I’d better get myself more informed about avalanche dangers and snow conditions.

As soon as I picked up Taz from Al Gill’s place in Dec. of 2003 I realized how valuable she could be to our community as search and rescue dog.

I joined Blaine County Search and Rescue and adapted the training Taz already had from Kristen at Von Der Haus Gill’s to avalanche search and rescue. Avalanche search work came so easy for Taz that I decided to work her year around and continued her work in man trailing.

What a great dog and what great people at Von Der Haus Gill Kennel’s!” 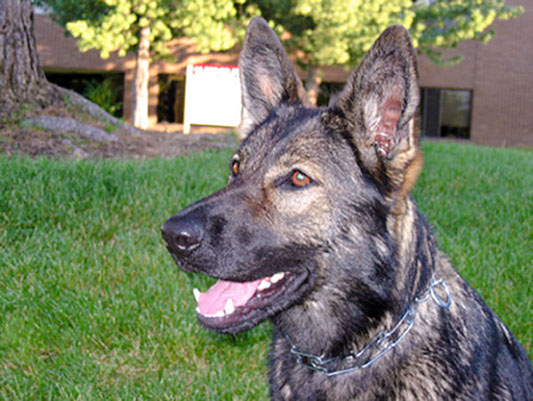