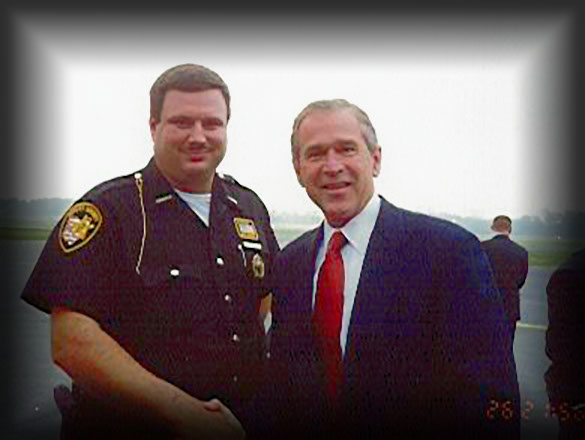 Being a bomb dog handler prior to 9/11 meant you worked many VIP details. Al and K-9 Charley were called on numerous times to work sweeps for President Bush before and after he was elected. The Secret Service was extremely happy with K-9 Charley and put total faith in him when working. Charely worked many explosives sweeps ranging from school bomb threats, to suspicious packages, to VIP’s. K-9 Charley was the top explosives dog in the tri-state region. K-9 Charley and Al were also used at the World Trade Center disaster. K-9 Charley and Al received numerous commendations over the years including The Law Enforcement Commendation Medal of Honor. 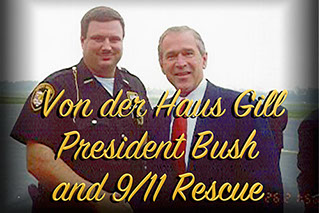